Broadcasting TV news as a business, has been placed in a precarious position during the past years. The media environment is not getting any better with the rise of social media platforms.

Many of the news-hungry younger adults prefer to stay ahead by obtaining information from Twitter or Facebook, since social media feeds can deliver news at a faster pace regardless of the veracity or accuracy of the news.

What’s the point of watching TV news if it is going to broadcast something that had trended hours earlier?

Still, the not-so-tech-gadget-savvy members of the older generations are there to keep local TV news stations still relevant. Older people ages 65 and above. are the ones who find it satisfying to sit comfortably on their couch to watch comprehensive versions of news stories already hyped up by social media sites hours before.

It is imperative for local TV news stations therefore, to prevent younger adults from cutting the cord. Once they do so and later become the new members of the older generation, only a few will likely go back to getting news information from local TV broadcasts.

What happens next if future viewers belonging to the older generation are all astute social media users?

Currently though, local TV news stations are experiencing an upswing in sponsorships and viewership, in light of campaigns related to the forthcoming U.S. presidential elections; starting with the primaries by as early as February 03, 2020 up to the general election on November 03, 2020. In between those dates, there are rallies, debates and conventions that local tv news cover for the benefit of their respective region’s voting public.

Once the elections are over, it would bring the status quo to normal, which means sliding back to a stagnating, if not failing condition. Presumably, local TV news stations will wait two years for the midterm elections and for four years for the next round of presidential elections.

In the meantime, the waiting period will put them back in the same precarious position of having to struggle against the growing power of social media. Not unless the industry strategizes with what, when and how they deliver news content.

Planners and strategists though, must make it a point to work hand in hand with financial experts, preferably those connected with a reputable tax firm. That way, they can coordinate their strategic plans with any tax cuts or tax credits that they can leverage in easing their tax burden.

Endorsements on social Websites are a Profitable and Fast He dutifully thank to their”type talent” and signs from the article with the organization’s advertising slogan #dontcrackunderpressure.

This is the newest frontier of a fast expanding sector. Implementing such influencers allows organizations to reach a huge network of possible clients: Mr Ronaldo includes a joint after of 240m individuals across Facebook, Instagram and Twitter.

Should non-celebrities or normal individuals have no enough finances to support himself he’ll need an income support. Reach income support contact number for more details. This is specifically for people with less income or no income.

Social media provides brands their chance to achieve success. Cord-cutting Millennials: Snapchat, yet another picture-sharing app that reaches 40 percent of American 18- to 34-year-olds daily. Furthermore, these platforms may make customers feel they’ve gained unprecedented access into the lifestyles of the wealthy and famous.

That lets patrons socialize with their target audiences in a way that traditional advertising can’t match. Subsequently, demand from entrepreneurs for all these stations has made social websites lucrative territory for individuals with big online followings.

We introduced The earnings of social networking users from their established content and internet behaviour. Framing this task for a regression problem, we exhibited high predictive power utilizing a mixture of publicly accessible attributes, such as speech and profile information, together with automatically inferred attributes in text, including perceived psycho-demographics, emotions and opinion.

Acknowledging possible limits of the study, we Consider our analysis as an essential first step in bettering income via societal Than research efforts.

We consider that the presented approaches can find Several programs in a large number of domains, which range from health to politics Or advertising.

Instagram as a social networking platform is a massive buzz. Picture sharing, video sharing, geolocation, hashtag feed, and multiple image post, developments from the DM attribute, and surveys for Instagram stories plus a completely different group of innovative features for the stage will be being added quite frequently on the program.

Limited only for a Smartphone program and also a plain website, Instagram has emerged among the most loved and used societal programs now.

Analytics is also a portion of Instagram advertising strategies. Marketing efforts may figure to become a waste of resources and money with no analytics reports. In deciding how good are the approaches analytics assist. What outcomes are obtained after implementing the advertising strategy etc. could be monitored easily for enhancing the operation and approach towards advertising and marketing content.

There are organic viewers and those who literally can just use Gramblast (http://gramblast.com/buy-instagram-views) to buy views. In order to improve your follower and viewer count, you would also have to have good content and good pictures. 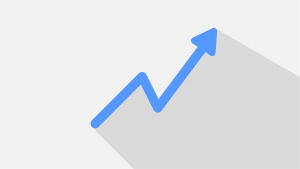 Instagram API upgrade is composed of a brand new performance which permits companies to confine and medium content. Firms can effectively use this characteristic to conceal remarks in light of natural content. As a flexible choice to show or not to display remarks and toggle between these, this implies a wholesome platform is preserved for expression of ideas. 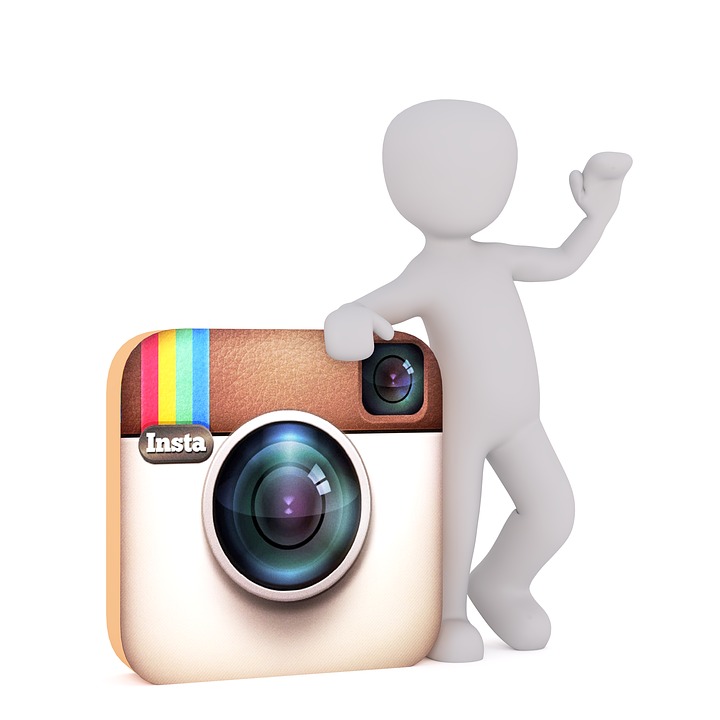 With the growth of the smart phone, and instantaneous access to the world wide web, there’s been a massive growth in up-and-coming starlets taking to social media, using high-tech resources and modeling agencies to self-promote their personal aesthetic and brand to an ever-receptive, constantly online audience. But there is a group of versions gathering their share of the activity, particularly!

For musicians such as Lily Allan uses tools such as Twitter Instagram and Snapchat are valuable in creating awareness of the talents. Tools offering real-time accessibility to fans around the planet have enabled rising stars to construct their new, create a accessible and private individuality, and contributed to a strong army of followers who hang on their every movement.

This has translated into a fascination with accessories, make-up, hair and their wardrobe. With audiences engaged with the star looks online, it will become simple to monetise their networking presence through sponsorship deals and endorsements. Sometimes to promote themselves, they Buy Instagram likes instantly online. The high fashion brands are clamouring to dress networking celebrities, promoting their merchandise to lovers desperate to emulate the most recent trends – before they hit on the catwalk.

With this tried and tested method winning the twenty-something modeling bunch contracts with the fashion houses, and catching media headlines around the globe, another group of aspiring models is jumping on the social networking bandwagon – many before they have even got the motor skills to do so. 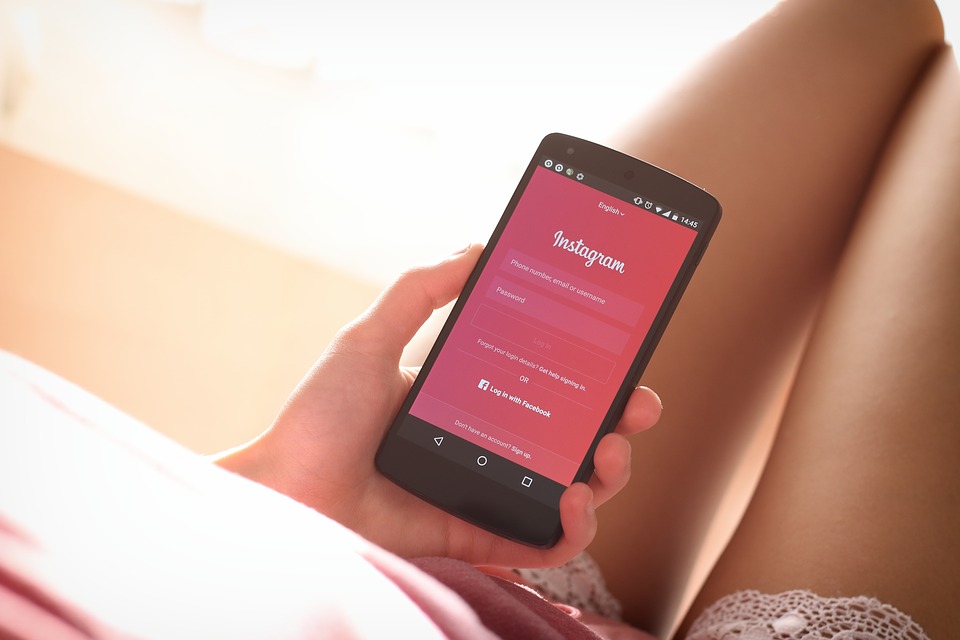 The most recent trend on media is the growth of this instamom – social networking platform mums – using their kids ‘baby modelling profiles to boost and locate jobs. And so far it appears to be working.

What is it that compels these parents to curate these pictures for a global audience? As they grow up, it is natural for parents to take family snaps of the child, but these staged shots – with light photographers and clothing stories that are selected – place their child.

Followers around the children’s’ Instagram feeds are inspirational and positive, there are at the risks of exposing kids to high standards and intense scrutiny at a young age.

Many argue that the kids are being objectified by these shoots, and generating long term consequences for the kids who might struggle to comprehend why they are being celebrated for appearance. Some specialists evaluate the instamoms showcasing their children to point out mums in the world. 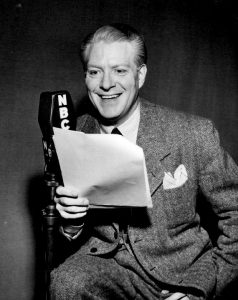 Planning to invest on a good advert? You have to read this first.

Television commercials, radio, and print ads had long been servicing the business sector for many years.  These forms of advertisement have dominated the industry for many years but not for long.

With the birth of internet comes social media, internet marketing, and search engine optimization. What are these? These are modern forms of advertising medium, a new alternative to traditional media.

We know that traditional media is an effective advertising medium however too expensive for small and start up businesses to afford. This is perhaps the main reason why many businesses prefer to use social media to advertise their products and services.

Why more and more businesses are choosing Social Media

Why Social Media is Better than Traditional Advertising?

There are many ways to take advantage of advertising online. You are able to include standard components into your social networking campaign. You are able to promote video advertisements, submit articles, conduct webinars, live podcasts, and more. Social networking could be the only effective “billboard” that allows you to talk to your clients, answer their concerns, and supply feedback to them.