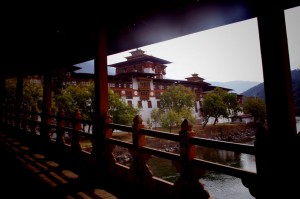 Located between China and India, Bhutan is hosting a number of its highest-profile guests, the visit of Duchess and the Duke of Cambridge. While it had been easy for the prince and princess to set foot in Bhutan, not all are welcome in the almost sacred grounds.

Have you heard of Bhutan?

The small Himalayan Kingdom is known to a few and this article is privileged to provide some details regarding this remarkable and mysterious place.

Fact is, despite the efforts to protect their culture, times have changed and so as the children of Bhutan. Mobile phones have easily taken their younger generation, karaoke bars have become a common site on the streets, and a gradual change in street fashion.

While the rest of the planet is tirelessly making an effort to go green and advocate the idea of ecological friendliness, Bhutan is not new to this. They’ve actually been the first in advocating the concept. Plastic bags are strictly forbidden and cigarette smoking as well as cigarette vending is close to being illegal. Also, do you know that Bhutan has it in their law that 60% of their country should remain forested and untouched?

Land of the Thunder Dragon – Bhutan

Bhutan is perhaps among the best cultures to see and experience. Their efforts of going green had been paid off with breath taking scenery. And despite of this, there are only a few travelers who were privileged to visit the place. To this date, their government limits the number of visitors coming to Bhutan.