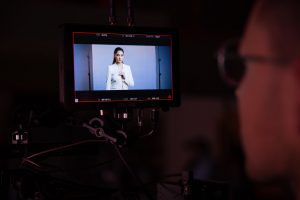 How can a television commercial increase sales?

The barriers between TV and internet advertising are blurring as consumers consume information across many devices. When it comes to ROI, brand recognition, and recall, the reality is that television still reigns supreme.

When it comes to attracting bigger audiences, television advertising is effective.

You may believe that television commercials are outdated. You’d be mistaken. The unrivaled capacity of television to reach enormous audiences consistently surpasses internet advertising. Online businesses are realizing that television is still an important part of promotional budget and the only reliable means to expand their market share.

The benefit of the second screen

Another benefit of television advertising is the way people watch it. Viewers sit in front of the television with a mobile device in hand. Any call to action from an advertisement may be immediately responded upon by the viewer while they are viewing on a second screen.

Before the phenomenon of the second screen, viewers had to remember a brand or call to action message and act on it later. The second screen has been a significant benefit of tv advertisements, resulting in quick success for DRTV campaigns.

Another thing to keep in mind is social media; news of a new advertisement quickly travels, and people begin looking for it online. It would be preferable if you ran the ad on your website to attract people who have heard about your TV advertisement but have yet to see it.

How can I take use of the advantages that television advertising provides?

It’s a good idea to choose a company that has expertise launching new brands on television and will walk you through the process from beginning to end. They will ensure that you get all of the benefits of advertising while also getting the most value for your money.