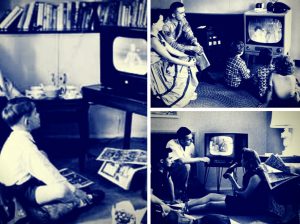 What are the advantages of advertising on TV during Prime Time?

Prime time, is from 8PM to 11PM on weekdays and Saturdays. During Sunday prime time starts an hour earlier. Marketing ads and commercials on TV during this primetime puts your business in front of the broadest demographic possible, capturing young and old, men and women, white and blue collar.

So if your business is about the best back massager, then you have a high chance of selling these back massagers to men and women who are in fact in need of your product. Why because you placed your ad in front of a demographic who actually needs your product.

Statistics of Ads Placed on Primetime

Reports show that among the five traditional primetime genres, drama accounts for the largest share of viewership. Reality programs claimed the largest share of product placements. The advertising and audiences report also found that when watching at home, 43% of time shifted prime time broadcast programming is played back the same day, 88% is played back within 3 days.

During primetime the share of viewership devoted to sitcoms has risen steadily over the past three years. 72 billion was spent on TV advertising in the US in 2011 with 14 billion allocated during these five traditional primetime genres.

Marketing and Advertising on TV

How to advertise on TV during primetime